For our American readers this might seem a bit confusing, after all Netflix now operates in over 160 countries now and the number is rising all the time.   So why would anyone need to get a US IP address for Netflix when they can probably already access it in their own country.

The problem is that although the Netflix subscription is pretty much global and indeed is roughly the same cost all over  the world, the service is far from equal. There’s a very good reason why people want to know how to change IP address to USA for Netflix!  There are different Netflix domains and in fact in some cases there’s a huge difference, the UK version of Netflix for example is often thought to be one of the better localized versions (which it is) but it doesn’t come close to the US version for quantity and quality of content.  So the logical question is can I use my Netflix account overseas?  Yes and you can even switch it to different versions without travelling. 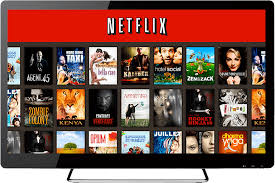 However if you change IP to USA and connect with an American IP address to Netflix then you will currently have access to some 6300+ movies and films. Switching back to the UK version and there’s about 3700, a huge drop just from using a different IP address for Netflix!  These figures change all the time as licenses expire but you get the picture, get US IP address for Netflix and you’ll at least double the amount of movies you have access to. Compared to some of the more local versions of Netflix then this disparity is even greater – for example check out the comparisons with Australian Netflix or Canadian and you’ll find it’s much worse.

The simple reality is that licensing all these movies costs big money and because of the antiquated way much of these rights are handled – Netflix has to pay on a per country basis which means that the bigger markets get all the best films – i.e. the US version of Netflix.   Which is why if you’re sitting there watching some small rather underwhelming version of Netflix you’re likely to feel a little jealous.

How to Change IP Address to USA for Netflix

It is in fact, quite simple, if you change your IP to a US one then irrespective of your location – you’ll get redirected to the US version of Netflix complete with it’s massive movie catalogue.  Indeed you can change your IP address for Netflix streaming from different countries.  However before you rush off and pay for a cheap proxy or VPN to hide your real IP address then you need to be aware of another twist in the story.  You can’t just switch to anything, there’s a specific Netflix ip address list that will work. The vast majority of proxies and VPNs that are perfectly capable of supplying a US IP address will be blocked by the media giant. In fact there’s hardly any of them that work anymore, there is certainly no free Netflix Proxy in 2020.  Indeed they’re so restrictive that that many administrators don’t even bother learning how to block Netflix on firewall systems as it will be inaccessible from corporate networks anyway.

However here’s one that does work – in fact one of the few ways to change IP to USA that actually still works with Netflix.

Proxies have been blocked for some time although they were the original method of how to change ip address on Netflix.  Unfortunately now Netflix is capable of detecting all of these automatically – see here Using a Proxy for Netflix.   The other popular solution was using DNS to hide your location, you may have seen American Netflix DNS codes listed all over the place.  These don’t work any more but you’ll still see them listed in old articles on how to watch Netflix from other countries.  The solution was good, special DNS servers routed connections through proxies when you resolved the Netflix servers.

VPNs were the solution for some time, in fact before Netflix went global millions used them across the globe to access the media site. Unfortunately Netflix have started a crackdown against the VPN services too – in a slightly sneaky way by blocking any address that originates from a commercial service (all IP addresses are classified either commercial or residential).

This has caused havoc for the many users who use this method and effectively 99% of the VPN providers cannot be used to access Netflix anymore. Fortunately there is a solution to change netflix region in 2020 and although Netflix block VPN services has almost been 100% effective the ban is not completely total.

A select few of the VPN providers  have been able to bypass this block by incorporating residential classed IP addresses into their infrastructure which are not able to be blocked. However this solution is difficult to implement and expensive so it’s likely not many VPN companies will implement these solutions.

If you’re not sure you want to use a VPN, or perhaps you simply can’t use one there is actually another option.  It’s useful for people who stream to devices where it’s difficult to use a VPN service.  So how to get american netflix on android streaming device or a games console, well there is a solution that doesn’t require any client software at all.  It’s called Smart DNS and you may have seen mention of things like US DNS servers being used to bypass country blocks.

It works in a similar way but instead of routing your entire internet connection through a virtual private network, using Smart DNS means you only route a small part of the connection through an intermediate server.  Indeed it’s only enough to hide your location, after which point you’ll stream directly from the website itself.  Now this obviously makes it much faster as that extra step is removed, it also makes it cheaper as the bandwidth and server requirements for Smart DNS are much smaller.   However the main advantage is that it’s much easier to setup as all you need to do is modify the DNS servers on your internet connection.

This makes it much simpler to use on Smart TVs, tablets and things like games consoles where enabling a VPN is extremely difficult.   You still need an account as unfortunately none of the Netflix DNS codes 2017 will work any more, simply because they’re not residential IP addresses and will be blocked automatically. However Smart DNS accounts are very cheap, although beware very few of these services work reliably with Netflix.

If you prefer to try out the Smart DNS option, may I recommend a company called Smart DNS proxy who have been providing this service for several years now.  I use it exclusively for Netflix in 2020 and what’s more there’s a free 14 day trial where you can test it out for yourself.