Smart TVs are getting smarter, that’s for certain, the days when your TV would simply display a few channels received from a television aerial are long gone. Today’s Smart TV are multimedia powerhouses which can access and display all sorts of content from a variety of different sources.

For example a standard Smart TV will be able to use applications to access internet based sites like Hulu, BBC iPlayer, ITV player, Netflix, Youtube and a host of others. Just plug your TV into your network and you can access all sorts of resources that previously were only accessible from your home computers.

However with this new power comes the annoying restrictions too, geo-locking technology that blocks access to different sites on computers has the same effect on our TV sets too. Our Netflix is locked to the crappy version we normally get and millions won’t be able to access things like BBC iPlayer or HBO online unless we start shipping or TV with us internationally. The blocks work in the same way as they do on computers, your IP address is checked and location noted then you’re allowed access or blocked depending on where you are.

BUT WAIT – IP Address on my TV, it’s not a computer?

Well a Smart TV is pretty much the same as a computer at least if it wants to access the internet, any network enabled device needs an IP address to function online. Which also means it needs a host of network settings to allow it to talk to your router or access point and ultimately use internet based resources.

So does that mean you can also use USA proxies and VPNs (see here) to bypass these blocks like millions already use on their computers? Well it’s possible but usually a little tricky simply because you’ll only have access to basic functionality on a Smart TV – it’s much easier to use a system called Smart DNS.

Here’s the one I use, after testing about 10 of them earlier last year.

They are called Smart DNS Proxy and to use on your Smart TV is actually quite simple, all you need is the cheapest service – Smart DNS. Once you’ve enabled your account, by visiting their registration page from any computer, phone or tablet on your network then you just need to enable it on your Smart TV. This process will vary depending on your TV but you’re basically looking for the Network Settings page. 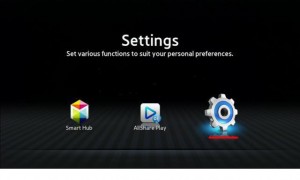 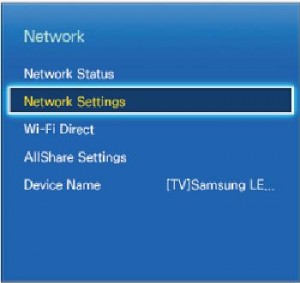 Leading on to this page…… 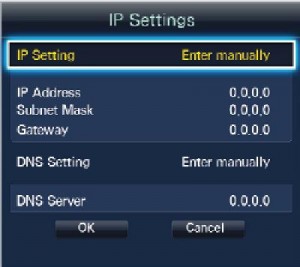 Which is where, all you need to do is to input your new Smart DNS server in the DNS server settings. This turns your Smart TV into an international traveller able to adopt a disguise whenever needed. When you click through to the Netflix Application you’ll be able to access the US version, play BBC iPlayer from anywhere in the world or in fact any UK Television stations. The Smart DNS server will apply a little disguise to your connection wherever you need it to. No software, no VPN, the SMart DNS server will do it all for you without rerouting your connection.