As I sit here relaxing in the Turkish sun whilst reading of the political madness that is overtaking my home country – why on earth would I need to change my IP address to a British one.  No I don’t crave more Jeremy Corbin quotes or robotic soundbites from Theresa May to reassure me when I look at my UK based pension fund.

No I want to change my IP address to the United Kingdom because it’s Wimbledon fortnight.

I forget every year,  for some reason Wimbledon doesn’t get much coverage in downtown Antalya.   Then I’ll spot some little post or Tweet like this one about an old bloke who nicked a towel from some kid who was thrown it  he’s going to regret that as it spirals around the world’s press! However it made me remember we’re in to Wimbledon and the holder is British, how crazy sounding is that.

So I have to watch Wimbledon, I’ve found it on an Arabic channel – but frankly it’s not quite the same. You need Sue Barker at the very minimum and now both John McEnroe and Boris are part of the experience too, and poor Boris of course needs the money now too. 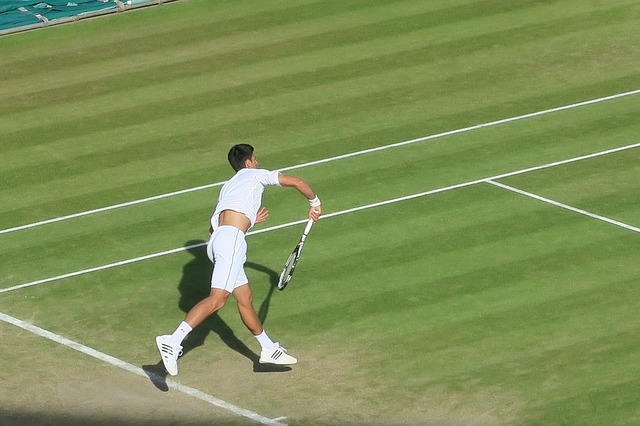 Nope it has to be the BBC, the host broadcaster of Wimbledon for me and so necessitates the scramble to hide my location and link up with a UK IP address. For that’s what you need to do, all the coverage is there, every match streamed live across the BBC channels. All of which are streamed live on the BBC site and archived on the BBC iPlayer site waiting for you to watch them. I have now learnt my past lessons of trying to find ways to stream Wimbledon down a free VPN because frankly there’s no such thing.

So here we go a video for you dear reader, something to help you choose the best VPN service for BBC iPlayer from whatever exotic (or not) location you find yourself in.

Free yourself from the commercial tyranny of the BBC Web Media division and bloody well enjoy it online wherever you are. For the cheapskates like myself, the suggested 10 day trial is now enough to cover the end of the Championship as long as the rain doesn’t appear. Remember when you’re connected, as long as you pick a UK based server then you’ll have a UK IP address irrespective of your real location. The sultry tones of Sue can be drifting down your speakers before you know it, even for the technically challenged. Yes you’re using a VPN tunnel to change your IP address to the United Kingdom but if you can click install and then select the UK flag then you’re good to go. It’s not that hard honestly.

Good luck to Andy Murray. Here’s the . and of course you can extend it for BBC access indefinitely if you wish.