How do I Change my IP and location with a VPN?

What is a VPN?

A VPN, or virtual private network is a computer network that uses public networks to connect remote sites or users together. This encrypted connection allows you to access the internet from a different location. The VPN is essentially an encrypted connection between your computer and a server. Your data travels to the server, protected from prying eyes along the way 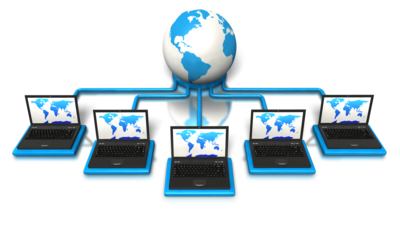 A VPN is a service that uses the internet to allow users to bypass geographic restrictions. It also allows for encrypted data transfers and provides security and privacy.

What does a VPN do?

There are actually many facets and uses of a VPN. Some people use VPNs for very different reasons , here’s a few important factors of why people use VPN services all over the world.

The primary function is definitely security, most large companies particularly with lots of employees who work and travel will install a VPN service on all their laptops as standard. Without enabling a VPN all data is potentially at risk when sent over the internet, much of it transmitted in clear text over public lines. Understandably most companies don’t want their information this accessible but also want to use the communication advantages of the internet. A VPN gives you both, convenience and security allowing users to send and receive data protected from interception.

Should I use a VPN for safety or privacy reasons?

You absolutely should, it’s especially important if you’re using a wifi connection from an untrusted source. Consider this, that wifi from lour local coffee house, bar or hotel may be free but is it safe. You may trust the owners but how’s there computer security expertise ? Do they know how to secure a wifi access point, have they proper security – firewalls, intrusion detection devices? In most cases probably not. Even some major organisations have little or no experience in this area – so as you can expect Sally’s Coffee Shop is unlikely to have any.

Ideally you should never check anything online with confidential information when using an unfamiliar internet connection. That includes things like email, banking sites, PayPal or anything similar. Obviously this can be inconvenient so it’s essential to use a VPN in these circumstances. Without it your personal details and credentials can potentially be stolen without your knowledge. It doesn’t need the CIA or FBI to do it either, insecure wifi routers can easily be hacked with very little effort. Indeed that dodgy looking kid in the corner may be doing just that as you watch.

Can a VPN change my Location?

However surprisingly security is not the primary attraction though for many millions of people who use VPNs every day. They use it for a slightly different to change their IP address a still related purpose.

You can change your location by using a VPN.

A VPN, or virtual private network, changes your location by encrypting and rerouting all internet traffic to a secure server located in another country. This makes it possible to appear as if you’re browsing from a different country, without actually having to be in that country.

When connected to a VPN server your real location is hidden from any online resource you visit. Essentially your requests are seen as coming from a different device – i.e. the VPN server. Therefore if you connect to a VPN server in a different country, that is where you will look to be located too. In fact, a good VPN would take care of such things as DNS and WebRTC leaks that help determine your location via digital means.

Here we’re changing our location to the UK to enjoy all the wonderful free UK TV shows that are available on BBC iPlayer. These are all available for free as long as you’re located in the United Kingdom (or pretend to be!).

As you can see VPNs can take care of digital means that are used to track your location. There are actually some very sophisticated detection systems on many of the larger websites. Media companies particularly use these systems to block and filter people based on their location. One of the most popular sites on the internet – BBC iPlayer for example will automatically block anyone from outside the United Kingdom.

How to Change VPN location

So to just to explain, you can change your apparent location by connecting through a VPN. Then the detection system will see the location of the VPN server and not your real one. So if you connect to a VPN based in Russia, you will also appear to be in Russia irrespective of where you actually are. This would also mean that many websites would customize your experience based on this location.

This wouldn’t always be idea, sure your Russian VPN would keep your location secret. However you’d also find your browsing affected too, Google would show you Russian based search results, web sites may offer you Russian language options etc. You also may find yourself blocked from lots of sites that don’t allow Russian traffic!

So having a single VPN server available in an obscure country might be rather inconvenient.

To have complete control you ideally need to have access to many different VPN servers in various locations. This is what the main commercial VPN providers do in 2021, offer access to a global network of VPN servers in lots of countries. For example NordVPN allows you to connect to any of their servers in approximately 60 different countries.

This means you simply have to choose the country you want to appear to be in and then connect to the matching VPN server. So if you wanted to watch the BBC you’d change to a UK based VPN. If you wanted to switch your version of Netflix you see to the US one then simply click on a server with a US IP address before visiting the site.

Do you need to install software on your computer in order to use a VPN ?

No it’s usually not essential, most operating systems on computers, tablets and phones will support VPN connections. However it certainly does make it easier if you’re using a VPN to change location a lot . Also if you want to access the ‘point and click’ functionality of programs like NordVPN then you should definitely install the software. If you want a genuine change IP address VPN then software or the right app installed will make your life much, much easier.

Some of the smaller VPN companies won’t have software available for all devices so you may have to setup the VPN connection manually in some cases.

Which is the Best VPN to Change Location

This can be a difficult question to answer as there are quite a few variables involved. For most people speed, privacy and security are the most important factors, however the location of the servers is also vital to many. For example there’s no point using a VPN to change location if you don’t have access to the right country. For watching the BBC iPlayer for example, it’s the UK servers which are important not those anywhere else.  If you want to access M6 Replay in Paris you’ll need a French IP address and so on.

Most of the larger VPN companies will support the major developed countries. However these servers will also be more heavily used so having one US or UK server is not much use if most of your users are connecting to them. Also if the servers are too crowded the servers will be identified by the location detection systems of some websites.

The BBC iPlayer often blocks servers if it sees too many people streaming from the same IP addresses. If you want to access specific websites then it’s vital that your chosen VPN service has lots of servers in that country. Also it’s worth asking them if a particular website is supported too.